Theknowledgeacademy.com has analysed where Britain sits in knowing a foreign language – in comparison to the rest of Europe*.

Looking at the most recent data** on the number of foreign languages known (Eurostat) theknowledgeacademy.com found Brits are behind EVERY EU country when it comes to knowing another language. 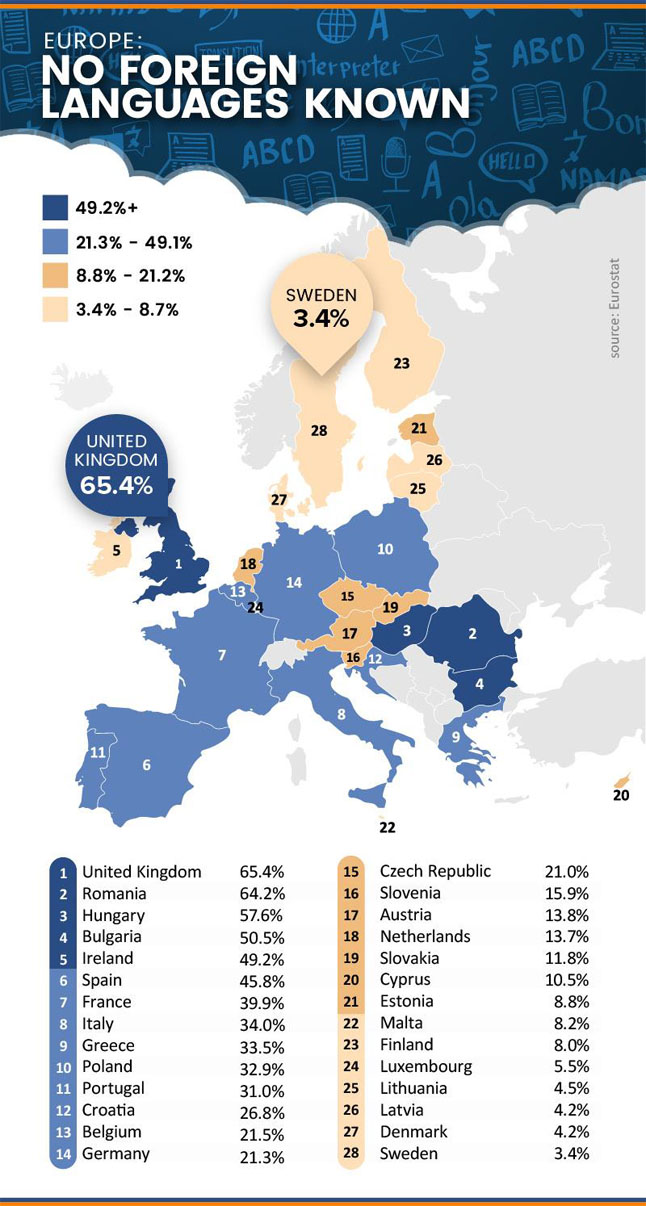 Comparably, Sweden has the lowest percentage of people who can’t speak any other language – at 3.4%. This means approximately 96.6% of Swedish people can speak at least one other language.  An impressive feat.

Slightly behind these three countries, but with remarkable rates still, is Luxembourg (5.5%) and Finland (8%.)

In fact, these figures indicate 94.5% of locals in Luxembourg can speak a second language. While 92% of Finns – known to be fluent in Finnish, Swedish and English among others – can speak at least one other language.